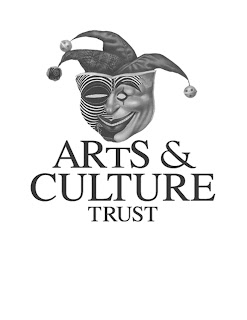 We are pleased to announce that the recipient of SAAWCA’s inaugural Critics Mentorship Programme 2012 is Same Mdluli, a twenty-nine-year old PHD art history student from Wits University, who is keen to explore the journalistic realm. Mdluli believes that “art criticism has to adapt and follow current trends including the influences of social media and technological advances.”

Mdluli was selected by SAAWCA board members; Bruce Dennill, Edward Tsumele and Mary Corrigall. Corrigall will serve as a mentor for Mdluli at The Sunday Independent newspaper. Mdluli will travel to the National Arts Festival, where she will write reviews on visuals arts and film productions.

SAAWCA received a really good number of applications and the applicants were all quite strong.  It is encouraging to learn that there are so many young talented people eager to become arts writers. It reinforces our need to increase platforms for arts writing.  SAAWCA must find a way to support all of these young people, as our industry could benefit from the influx of a new generation of critics.

The SAAWCA Critics Mentorship Programme 2012 was made possible by a grant from the Arts & Culture Trust’s (ACT) Development Programme, which is funded by Nedbank Arts Affinity. It has been designed to enhance the continued development of arts and culture in South Africa.

SAAWCA would also like to thank Ismail Mahomed, the director of the National Arts Festival, who has funded one of our young-up-and-coming members, Mpho Moshe Matheolane, to travel to Grahamstown to attend the festival.
Posted by (SAAWCA) at 10:47